School Board Seat #2 Notice of Vacancy

Skiatook Public Schools Board of Education has a board opening for seat # 2.

The following is the geographical boundaries for Seat #2: 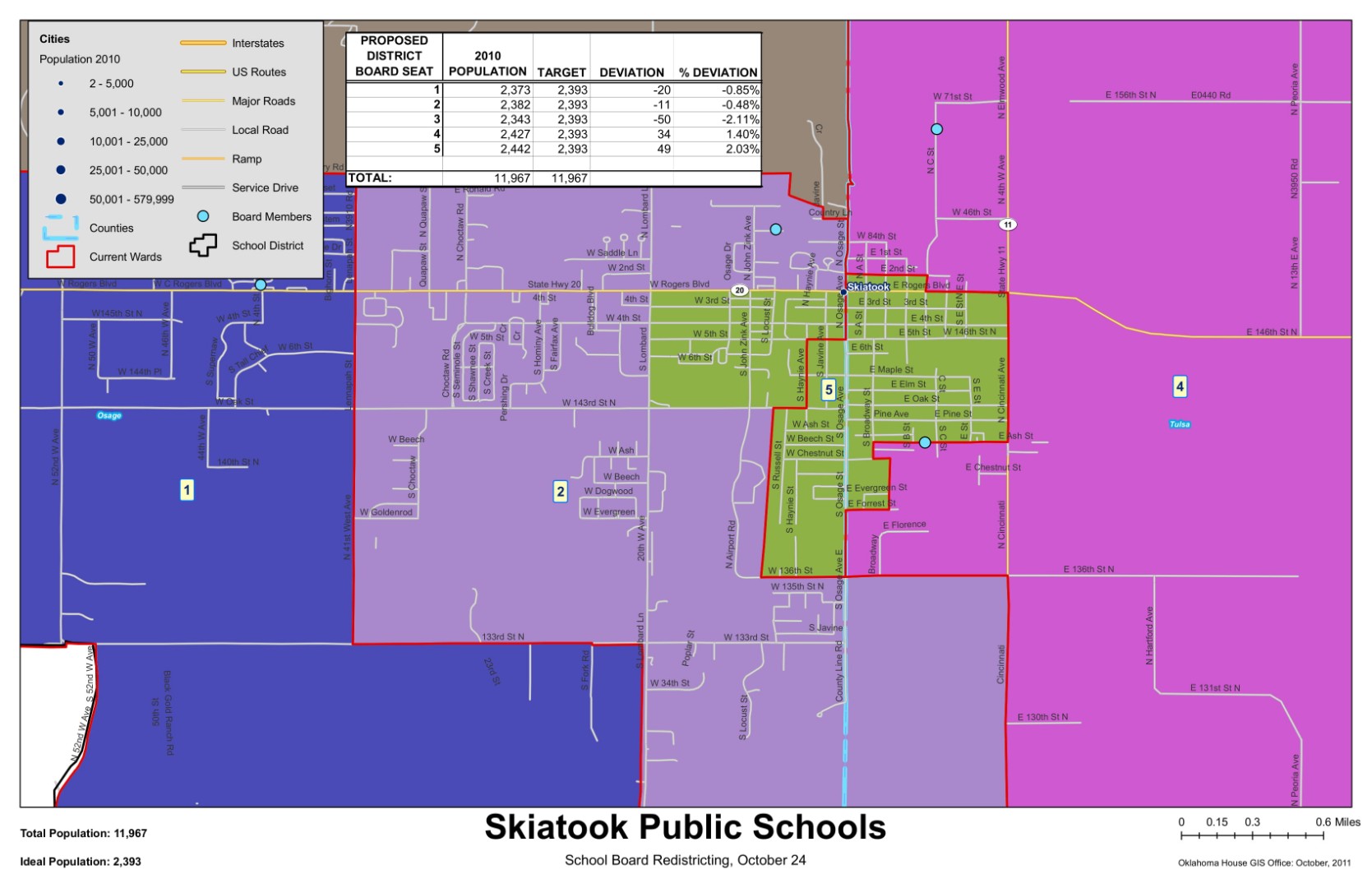 Skiatook Public Schools has created this plan to aid in navigating the reestablishment of our school where employees, students, and families feel safe and to reduce the impact of COVID-19 conditions upon returning to the district.

The guidelines referenced in this plan are based on guidance from the Centers for Disease Control and Prevention (CDC) and State and County Health Departments. Regular updates will be made to this plan based on information provided by the CDC and applicable federal, state and local agencies.

Letter from Superintendent, Rick Thomas, Regarding Return to Learn Plan

During each phase each person entering the facility, including outdoor activities, must have their temperature checked upon arrival.  Any individual with a temperature registering 100.4 degrees or above must not be permitted to stay. A release note from an MD or DO will be required to return.